A quickshift is designed to shorten the throw of the gear change for the Peugeot 205.

This article describes the fitting of option 2) to a 205 GTI 1.6. The package contains the modified L shaped selector fork, the longer gear rod that goes from the bottom of the gear stick to the L shaped piece, and the two shorter gear rods. The L shaped selector fork has an extended arm from standard with four holes drilled into it to allow adjustment of the throw on the gear stick. The rods are also uprated as they have retaining pins to eliminate the problem of the rods popping off as the standard items have a tendency of doing after they are refittted. 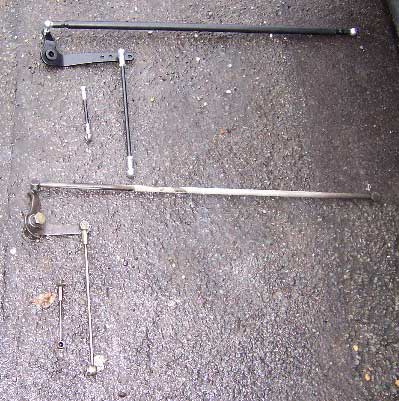 There are no detailed instructions that come with the kit, but it is a very straight forward process. 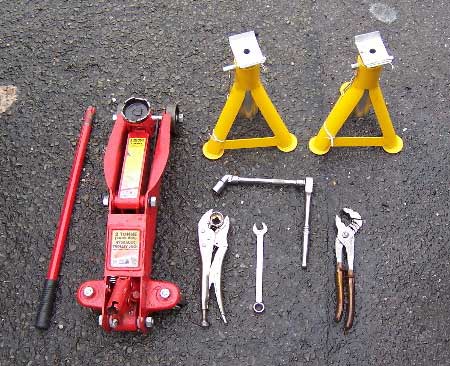 tools required for the job

The tools that I used are shown here.They are:

- Mole grips with a 22mm socket

2) Working form under the car you will see where the longest rod comes from the bottom of the gear stick, along to the first arm on the L shaped selector fork. The other arm has the second longest rod coming off of it. 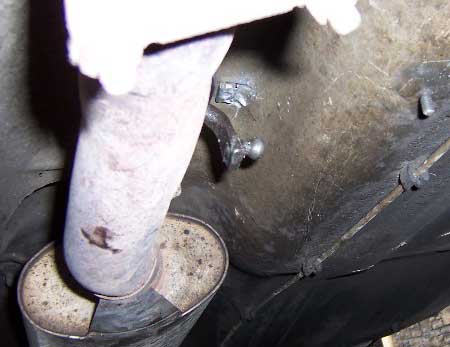 lever off the longest rod first

3) Using the 14mm spanner lever off the rods from their ball joints then extract the rods.

4) It is then necessary to remove the L shaped piece from the subframe, it is held on by a 22mm bolt and a 15mm nut. As I had neither of these size spanners I used the tools shown above. 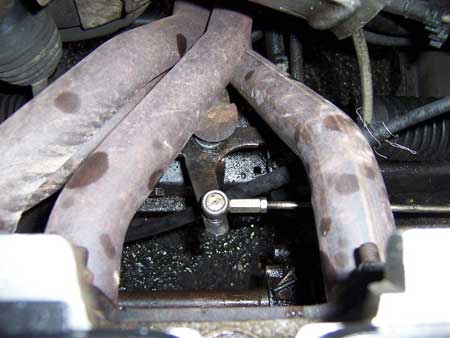 now lever off the smaller rods

5) It is now time to refit the new Quick Shift and rods. As space is limited around the area that the longest rod connects to the quick shift I found it easier to connect the two pieces first and then fit them in place.

Note: If you have chosen to use the rods from GE then remember to take out the retaining pins before fitting to the ball joints and then replace them afterwards.

6) Replace the bolt that goes through the Quick Shift and the Subframe. 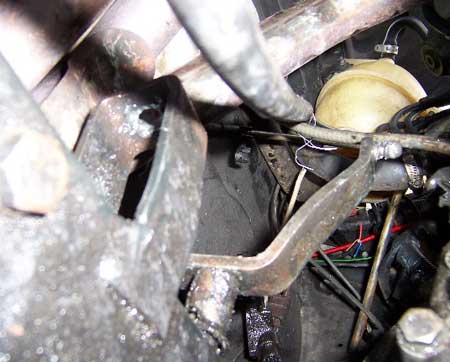 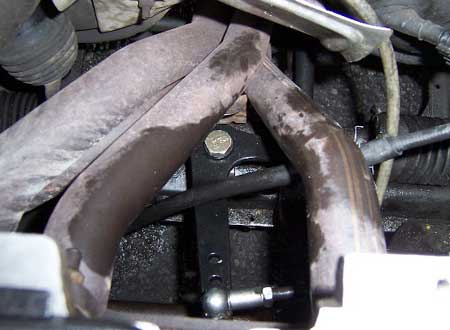 The only thing worth considering is that as much as I like the quality and performance of the kit, it is by no means cheap. There are other methods of shortening the throw of the gear stick, for example modifying the existing L shaped selector fork, however for the hassle of cutting and welding the existing system, I am much happier with having something that has been properly designed and tested.