If Your Blower Only Works On Full... 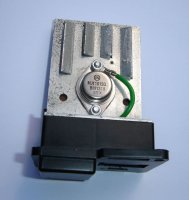 The blower only working on full speed is a common fault with the 205 heater. The speed controller uses a big transistor to drop the voltage going to the fan, with a relay to bypass the transistor at full speed. If the transistor burns out then you'll lose the low speeds but still have full speed as the power is going through the bypass relay rather than the transistor.

New speed controllers are about £50, but you can fix it by replacing the transistor.

The transistor is marked FW26025A but it's actually a 2N6287, which was a pretty common part back in the day, but is now a bit difficult to get hold of in small quantities. It was also used in a lot of vintage audio equipment and unfortunately that means there are lots of fakes about (all the ones on ebay right now are either obvious fakes, or iffy-looking enough that I wouldn't buy them).

So instead of using an exact replacement you can substitute it for something else. I used the MJ11015, which can be found pretty easily. RS Components sell them for about £6.50 for a pack of two - part number 688-1502. Again avoid ebay as they all look dodgy to me.

Make sure you put heat sink compound behind the transistor, and screw it firmly in place before soldering to make sure it's pressed against the alloy plate properly. 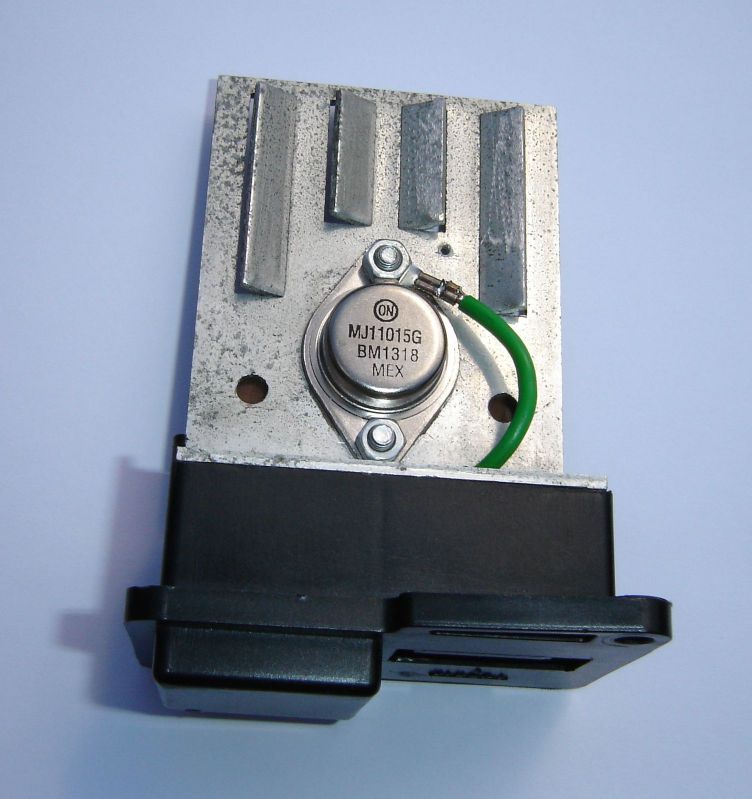 (The green wire is another mod - it replaces the spring contact on the back, which usually corrodes and makes poor contact.)