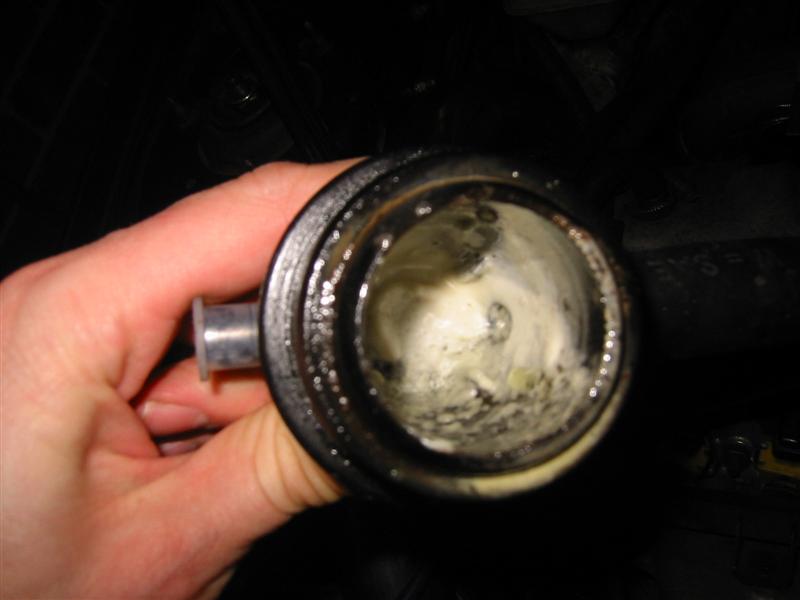 Originally these filler caps came with a wire gauze in them to allow the sludge to congeal around it. It is held in by a little metal bar. Over time these can rust and at worst crumble into your oil which won't do anything any good.

The pics below show mayo without the gauze in. This was on a car that had been stood for a while and in February.

Mayo builds up more if the air is cooler and has more water vapour in it, so winter /spring time is most common. Also it occurs more if the car is not in regular use. It is caused by condensation of water in the breather system, a bit like when you exhale on a cold day. There are small droplets of oil vapour in the air in the crankcase and sump, so this emulsifies when it condenses with the water, hence the mayo.

Oil catch tanks are designed primarily for getting a cleaner flow of air to the inlet and to catch the crank case gases and not vent them to atmosphere. They are particularly suited to older, heavily breathing engines and also high revving race engines as the revs and resultant heat and oil movement can release more of these gases. The catch tank catches these as an oily liquid which is discarded.

Mayo is nothing to really worry about though it is worth cleaning away to ensure the breather system works effectively. Putting breather pipes through a dishwasher is one method of cleaning them however this is not really environmentally (or wife) friendly.