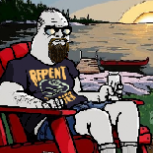 By Atlaskrukvaxt, May 9 in Projects & Works Starters